I feel like this week has been so chaotic! I made 3 trips to town in 3 days, but I did finally get my laptop fixed! With a totally empty hard drive my first priority was to restore my iTunes to its former glory. I spent a solid two hours yesterday importing CDs but I barely made a dent. If anyone has any music/song suggestions now would be the time to share them! I listen to a lot of country but I also listen to lots of indie stuff and I'm not ashamed to admit I have a soft spot for One Direction and the Jonas Brothers.

Last night I Skyped with H. & R. for three hours. I love those girls with every fiber of my being. Our friendship isn't perfect, I mean, technically I'm their boss four months of the year...and like any boss/employee relationship there are definitely times when I have to be the "bad guy"/authority figure. But we work through it. Part of what makes us so close (other than the magic that is camp) is that we learned pretty quickly on that if we wanted to be friends we needed to forgive each other and not hold grudges. It's pretty easy to get annoyed/frustrated with somebody when you live and work with them 24/7 and if you don't learn to accept apologizes, discuss disagreements, agree to disagree and respect each other by the time August comes around you cannot wait to get far away from them. I am so thankful that the three of us "clicked" almost instantly but also realize it takes effort to keep a friendship and having that kind of friendship is worth all the effort in the world.

I recently realized how thankful I am that I genuinely enjoy cooking! I love being in the kitchen trying a new recipe, creating something from scratch or making an old favourite, it all makes me happy. I see posts on my Facebook/Twitter almost daily from people either complaining about eating Kraft Dinner for the fourth time that week or sharing a photo their latest kitchen disaster. I'm not saying I don't have my share of kitchen disasters (someday I'll tell you the "microwave s'more" story), but I just laugh them off and move on to my next culinary adventure. I can't imagine hating cooking so much that you eat out every single meal and avoid the kitchen like the plague. I don't know if my love for cooking & baking is a product of nature or nurture but I'm sure thankful for all the hours I spent baking with my Grandma as a child and for parents who let me experiment in the kitchen (just as long as I cleaned up my mess afterwards).

On that note I am off to start supper, import a few more CDs and catch up on last's nights episode of Survivor! 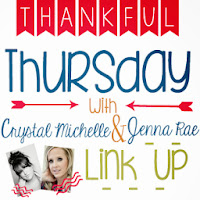