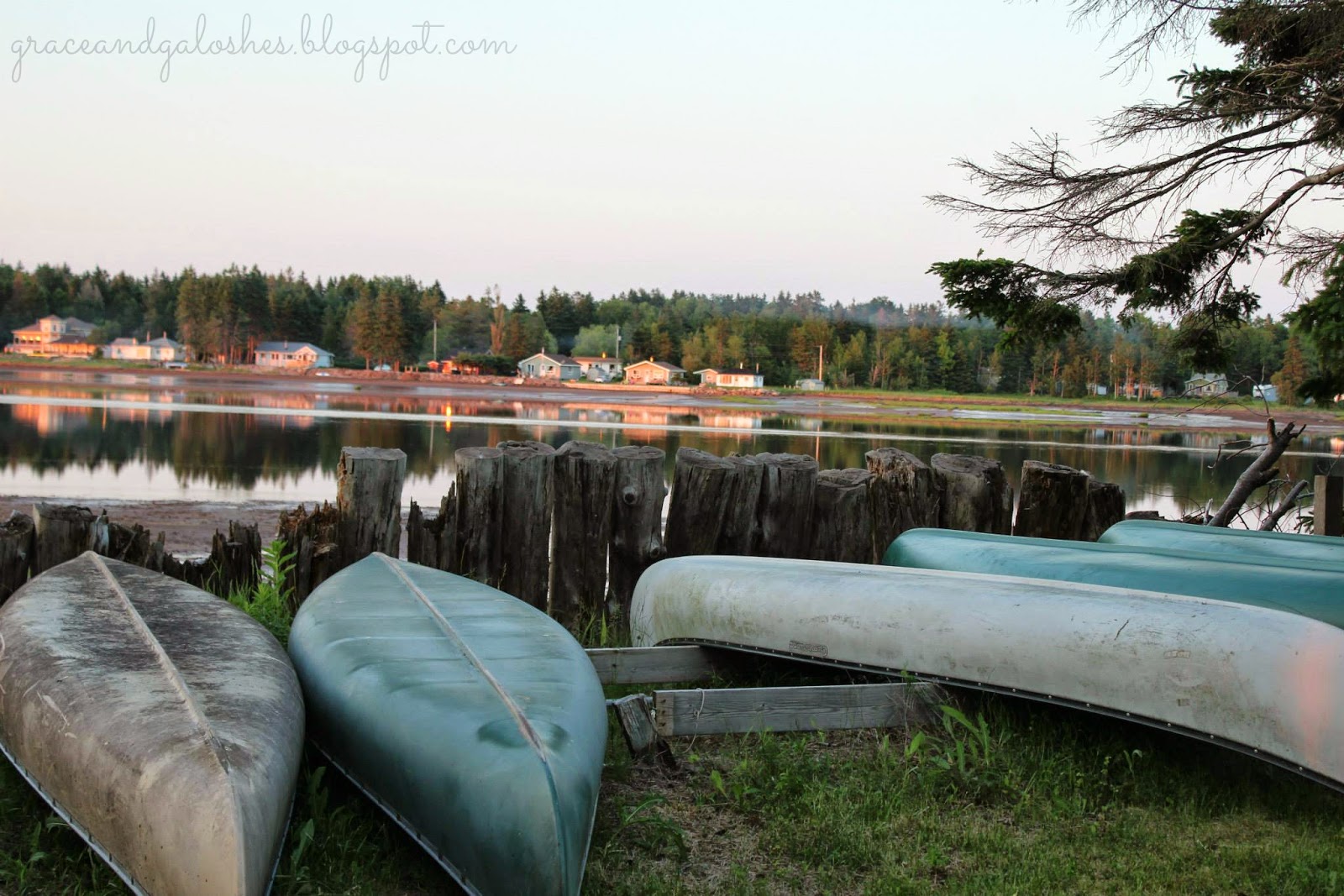 I am incredibly thankful that I grew up surrounded by water. I don't remember learning how to swim, the first time I saw the ocean or my first time on a boat, these things have always just been part of my life. It's probably why I find so much peace and comfort being on and near the water. When I have some time at camp to spend alone I usually spend it on the dock or walking along the water. There is something magical when the water is still and calm, it forces me to also be still and calm and reflective.

September and October are always times of reflection for me; things that I would do differently, things that I will do differently, moments I want to engrave on my memory and moments I would rather forget. The past few week I've moved on from reflecting on this summer to making plans for the next year. And I've noticed that it's more about creating better habits and making positive changes than it is about stopping and although it wasn't a conscious decision to frame things that way it's making a difference in how successful I am when it comes to accomplishing things on my 'Fall To-Do List'.

I deleted Facebook from my phone and the only time I miss it is at night when I'm scrolling through social media on my phone right before I go to sleep. Other than that I live without it just fine.

I started journalling again, pen to paper, write whatever the heck you want, no pressure to gain followers or engage readers or fear that someone from 'the real world' will stumble across your blog (am I the only one that has this fear?). Its ridiculously therapeutic and something I was incredibly consistent with for the majority of my life until I stopped.

I am the worst at reading during the summer. Unless it's a camper file, an incident report or a warm fuzzy I can never seem to find time to read, which means I've fallen way behind in my goal to read 50 books this year. I want to read at least 5 books before Christmas.

Even though I'm trying to eliminate time wasters from my life I am still counting down the days to the season premieres of my favourite shows. Tonight Survivor and The Middle are back. Grey's Anatomy returns tomorrow. Criminal Minds in a couple of weeks…I don't have any plans to watch any of the new shows making their debut so at least I'm not adding more shows to the mix.

Autumn is only one day old and I'm already over the influx of pumpkin spice and declarations of how fall is the best season to ever exist. I appreciate pretty leaves and leggings & boots but mostly I love flip flops, norts and iced coffee. Also, it is too early to decorate for Halloween, let's get through Thanksgiving first. (Unless you're American, in which case hold off until the second week in October.) I do want some pumpkin pie in my life though.

All that being said about autumn I will drink at least one pumpkin spice latte and treat myself to some of my favourite Halloween candy.

I am doing a lot of praying that I hear about a job this week. I've made it through the first two rounds and now I'm just waiting for one more phone call. I hate the waiting game and knowing that I've done everything I can do on my end and it's up to someone else to do what they have to do on their end.

I never hide my love of Taylor Swift and I'm looking forward to listening to her new album the day it comes out. I'm also eagerly awaiting the release of Andrew McMahon's new album.

This just re-read this post and realized it's all over the place but that's what happens when you try to combine weekly confessions and a fall bucket list.