The theme for today's Picture Practice with Kelli is "Birds" and it just so happens I was recently out in the boat with my grandfather and took a whole bunch of photos of birds. Including two eagles who were fishing next to us. I can't say I consider birds to be a favourite animal of mine but some of them are pretty interesting to watch! 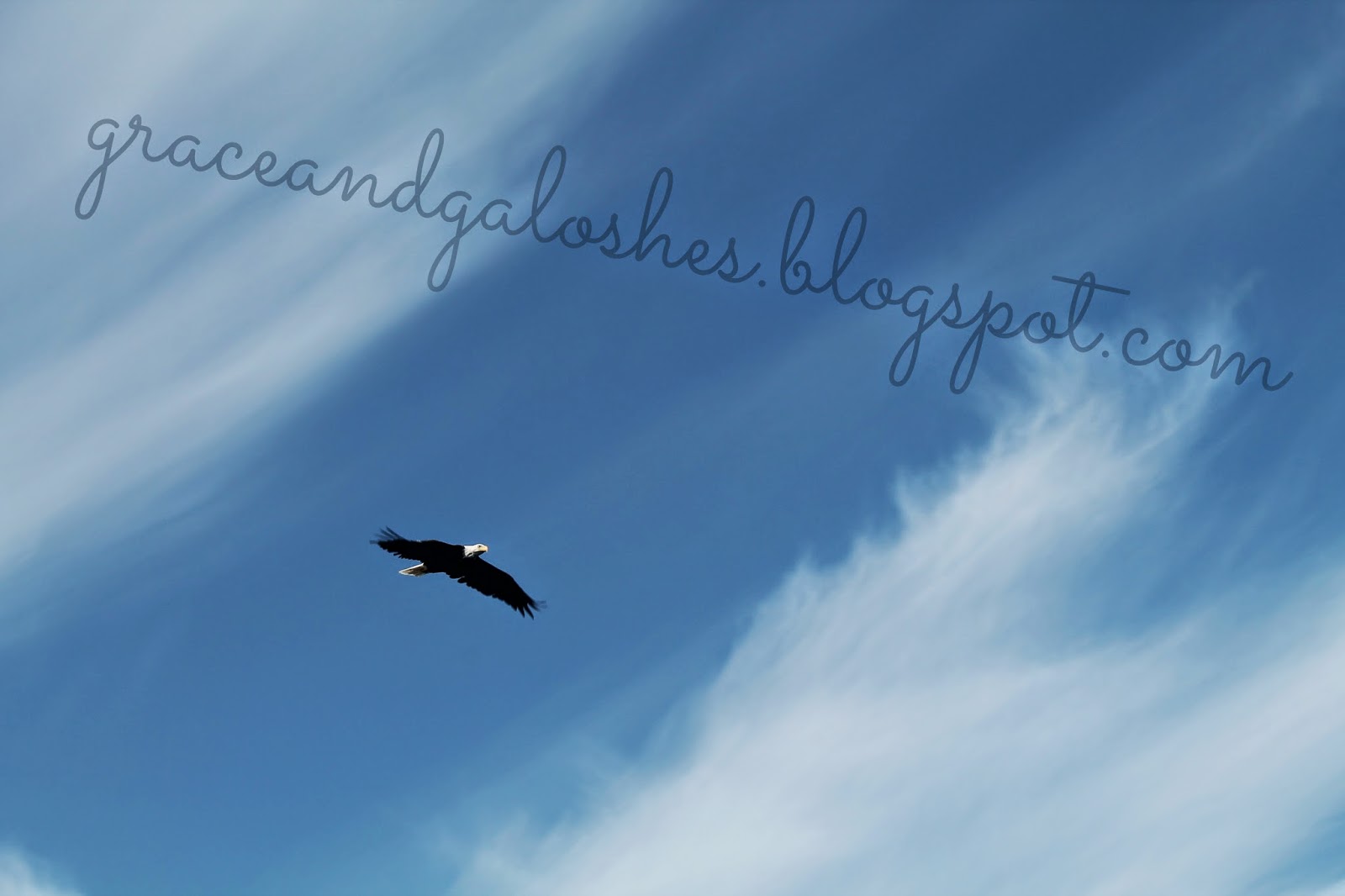 This guy was soaring over head for a long time. I that he's against the blue of the sky instead of the white clouds so his bald head stands out in the photo. 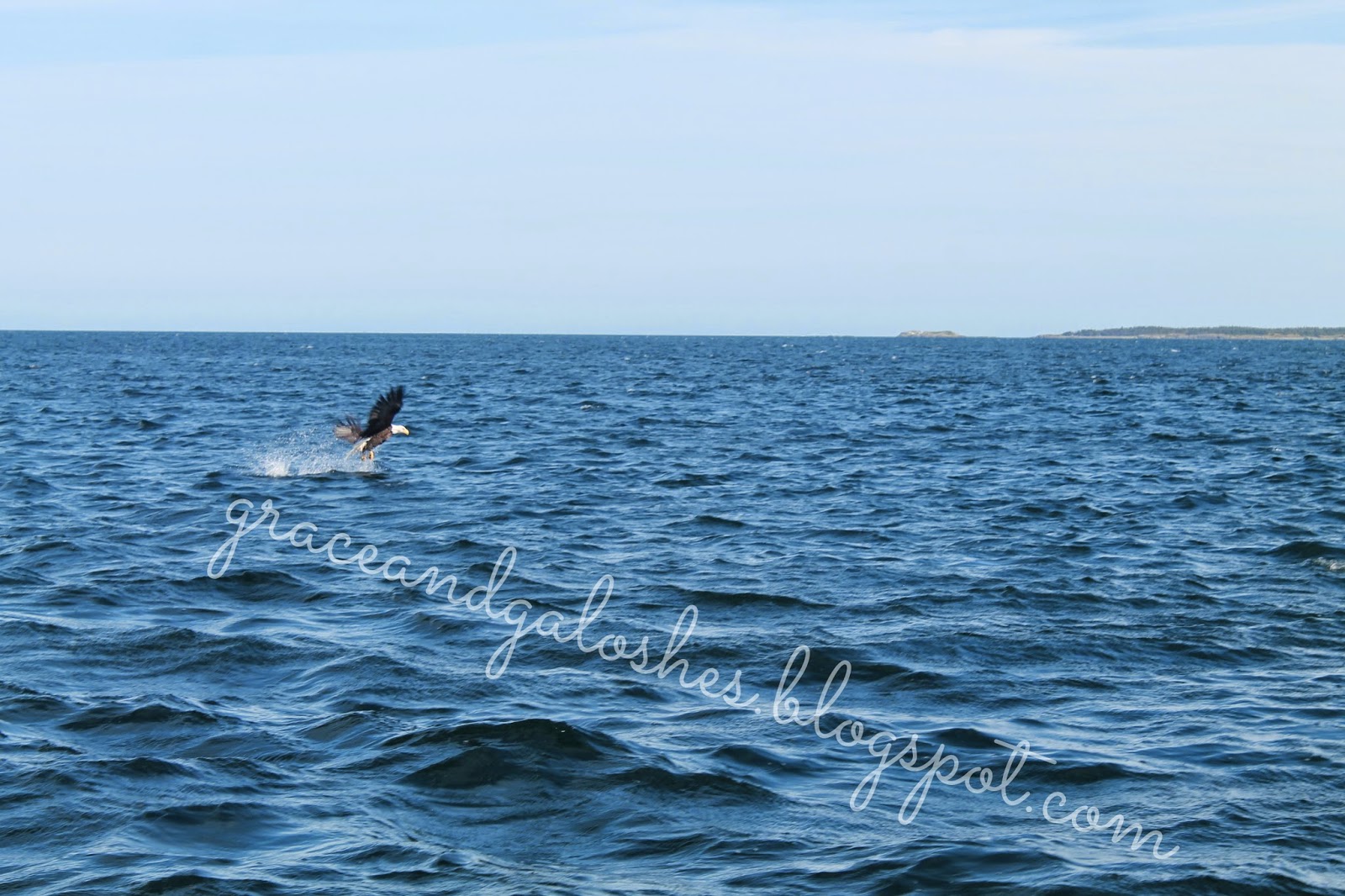 Then they started coming down to the water and grabbing at fish. If I had a different lens on my camera I think I could have gotten some really awesome photos but I think this is still a cool moment. They were flying and coming down so fast that I was just clicking away and hoping that there would be at least one good shot in there. 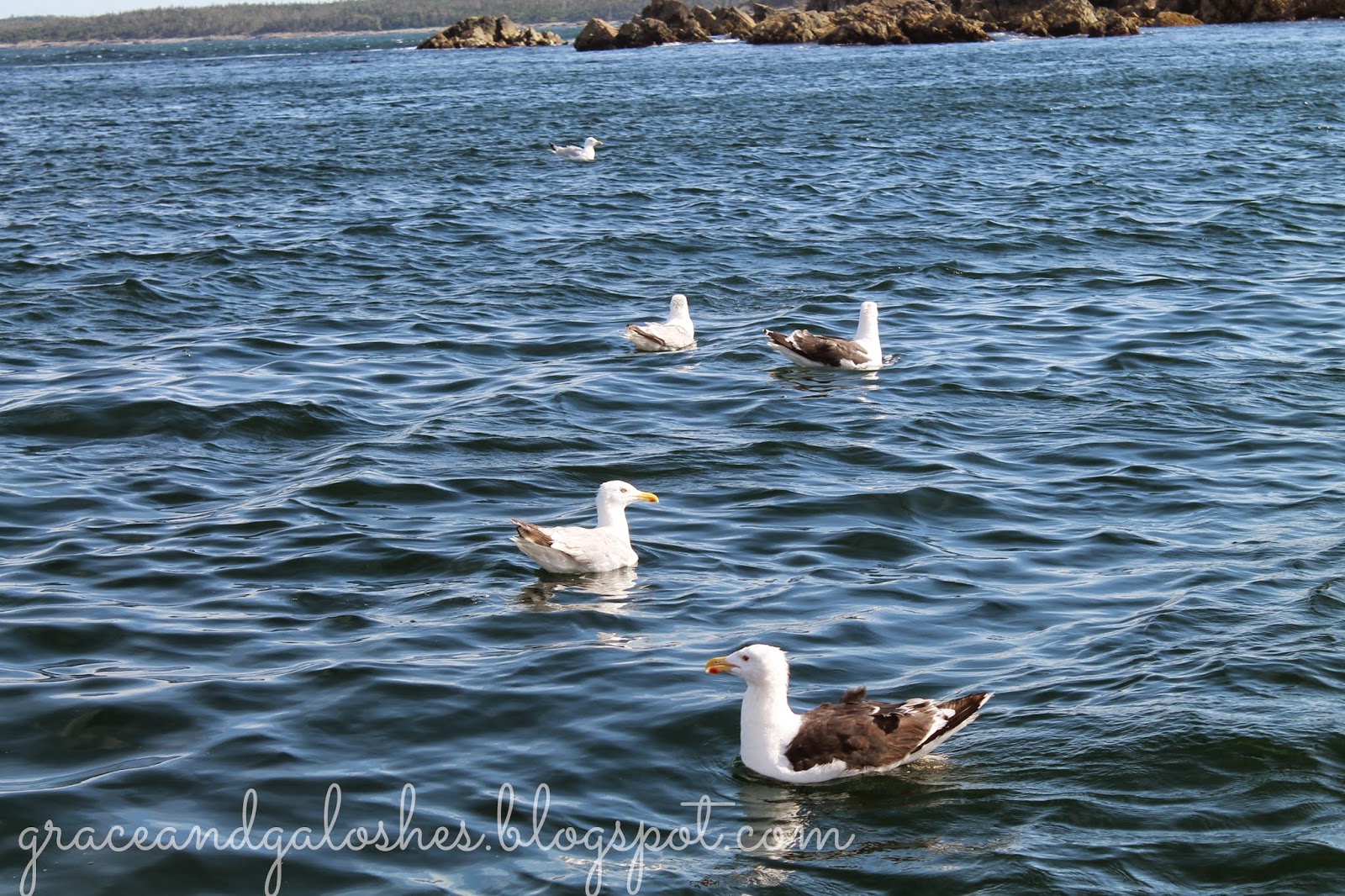 And finally I really appreciated the way these sea gulls seem to form a zig-zagged line in the water and were content to just bop around in the waves.