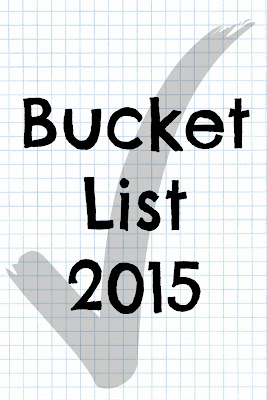 It's been a long time since I've evaluated my bucket list and today seems to be the perfect day to come up with the 10 things I want to accomplish in life.

{one} Have a full time/year round position at a Christian camp and retreat centre.
This is pretty self explanatory, this is my absolute dream job and one that I will hopefully have in the next five years.

{three} Publish a book.
Children's book, YA novel, memoir of my time at camp...I don't know what it will look like when all is said and done but I will cross it off my buckler list someday.

{four} Create a small side business involving photography/scrapbooking/crafting.
I'm not talking multi-billion dollar arts & crafts empire. I would like to make some extra income by selling greeting cards or something along those lines.

{five} Visit every province/territory in Canada.
So far I've lived in three of the four Atlantic Provinces (Nova Scotia, New Brunswick and Newfoundland) and I've visited PEI and Quebec. I have some potential plans for trips to Alberta and Ontario sometime in the next year to visit friends, so we'll see if I can cross two more provinces off my list before 2016 is over!

{six} Complete a full year of Project Life
I've dabbled in this method of scrapbooking before but it's always been a mash of PL and Smash Booking and traditional scrapbooking. I'd like to start in January and carry through until December doing a full page spread each week for 52 weeks.

{seven} Complete one-three months of The 100-Mile Diet.
I've been fascinated with this concept since I first watch the Food Network mini-series where they challenged a group of people to follow the diet for 100 days. The biggest challenge is that I would want to do it in the summer/fall but I've always been at camp during that period and I simply don't have the time to devote to making that happen during the camp season.

{eight} Grow a vegetable garden.
Summers at camp can also be blamed for not accomplishing this one. Someday it will happen though!

{ten} Read the Bible cover to cover in chronological order.
I've been thinking about this one a lot lately! I think that my plan to tackle this will be to invest in a new Bible (ideally a journalling Bible, suggestions welcome!!) and start from the beginning. I have attempted this before with no success. I think journalling my way through the Bible is a much better plan of action than simply reading.

Linking up for Blogtember!
Posted by Donna at 9:02 am