Back To Blogging: Unpublished Posts 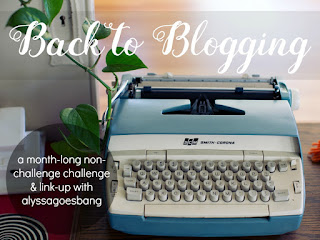 I have 41 posts saved in my draft folder. A few of them are posts for later this week and a few are posts that are essentially idea dumps that I should go ahead and delete, but most are posts that I started writing and either never finished or never felt confident enough to push publish.

Ten Things I've Never Done (And Probably Never Will)
I don't always relate well to people in my age bracket because there are just some activities that do not appeal to me. And sometimes I have unpopular opinions when it comes to what constitutes a good time. I haven't published this one because I worry it makes me sound super judgemental even though that's not the intention.

Work Boots
You can tell a lot about a person by what kind of shoes a person wears. I've always known this but I kind of forgot it for awhile and now that I've been reminded it's an observation worth sharing.

Ten Things I Won't Give You Advice About
I definitely have a lot of opinions on a lot of things, but that doesn't mean I expect everyone to have the same opinions. People should do what works for them and just because something works for me doesn't make me qualified to tell other people that's the way they should do things. (Refer to next  unpublished post.)

Experts & Extremists
This started off as a post about the onslaught of so called 'experts' in the world these days and the opinion that if you're not extreme about your opinions it's not valid. Again, it took on more of judgey tone than I intended so I never went back and finished writing or editing it to make it less harsh.

Mac & Cheese Recipe
I didn't even know this was buried in there. There was a time when I planned on blogging a lot more about food and recipes but I feel intimidated by all the Pinterest perfect meal posts so I never did take photos and finish this post. Maybe the next time I make mac & cheese I'll snap some photos and hit the publish.

Bloom Where You're Planted
This post isn't super relevant anymore, I wrote it last spring when I was having some serious doubts about doing another year at camp. I never published it because it felt a little too personal but I should really print it and stick it into my notebook journal.

Weird Things People Have Asked About My Career Path
This was inspired after someone asked if I had ever considered applying to work at the bank. I'm not even sure where I was going with this, it's an entertaining idea but needs a lot of work before it sees the light of the internet.

It's Alright To Be Itty Bitty
Everyone wants to be an expert or to run the show and that's not something I'm interested in. I don't need (or want) to live in a big city or be CEO or have the best and newest of everything. I actually really like this post and would like to figure out a way to finish it because right now it's a lot of rambling and the point gets lots.

On Waiting
Sometimes I feel like all I do is wait and have patience and while I try to be a really patient person sometimes waiting is exhausting. Especially when it's a matter of waiting on other people. Writing this post just made me feel defeated so I abandoned it and forgot about it's existence.

Project Life Updates
There are about six of these posts where I intended to share my Project Life spreads and write about what I've learned in the process.

Linking up with Alyssa for the Back to Blogging Challenge!