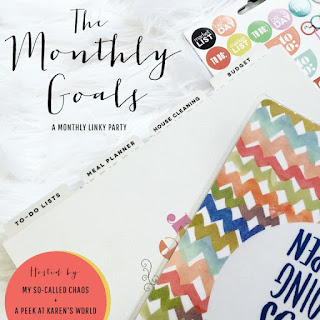 2. Get caught up with 'everyday' Project Life Album (April - September)
January - April are 100% complete
May is about 75% complete
June - August are 25% complete
September is 50% complete

3. Organize & De-Stash Project Life/Scrapbooking/Planner supplies.
It's not perfect but I did cut down some of my 12x12 paper to PL sizes and I made a separate storage box for Happy Planner supplies.

4. Finish 2 books.
I started and finished The Secrets of Midwives and Proof of Forever.

5. Map out NaNoWriMo.
Done. And it was much more of a reflective process than I was anticipating. I don't know when I became scared (for lack of better word) or writing but somewhere along the way it happened. I need to stop worrying about being perfect and just write stuff. It's NaNoWriMo not NaNoWriABestSellerMo.

6. Take photos during Thanksgiving, Spark Camp & Friendsgiving.
The most positive thing that has come out of my newfound love of Project Life is that I am so much more motivated to take photos, it was a slow process but I have a lot of photos and that makes me super happy.

7. Publish Blog Posts!
I published 13 posts in October. It could be better but it averages out to about 3 times a week so I think it's a pass.


Overall I completed 6.5/7 goals so it was a pretty successful month!

1. Participate in NaNoWriMo.
I (probably) won't write the next Harry Potter book this month but I will write and I will write more than just grocery lists.

2. Become a Lady With A Plan (Again).
This is sort of vague, but in the past two months I have honestly cycled through Plans A-Z without any of them coming into fruition. I'm usually really good at having back up plans for back up plans but right now I'm at a loss. I need to regroup, strategize and figure out what comes next.

I'm a little light on the November goals but it's by design. Those are the things I want to focus on this month and hopefully by only focusing on two things I'll be more likely to accomplish them.
SaveSave
Posted by Donna at 12:33 pm