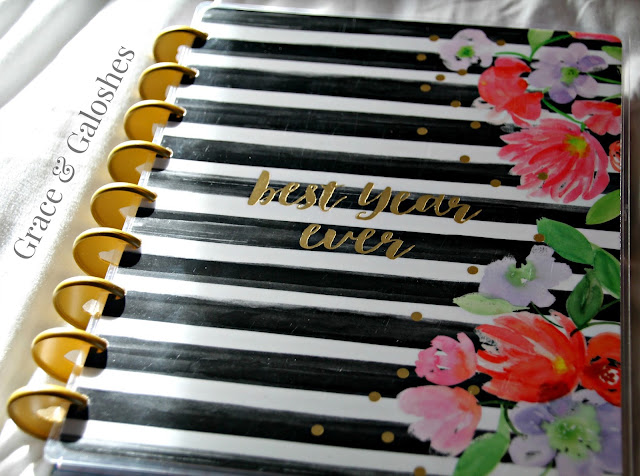 I decided in the fall that I was going to give MAMBI's The Happy Planner a try for 2017.  I've been using my Happy Planner for a full month now so I thought it was time for a little update. My two biggest concerns were the vertical layout (although, they are available in horizontal) and the disc bound system. I can officially declare that I am in love with vertical planning! I'm not sold on the disc bound system though, I'm indifferent about it and still worry about it holding up over the course of the year. I didn't realize when I bought this particular planner that it was undated, which I don't particularly enjoy, but I did buy a set of Heidi Swapp numbers meant for her memory planners and used them in my Happy Planner so I made it work. Speaking of stickers... 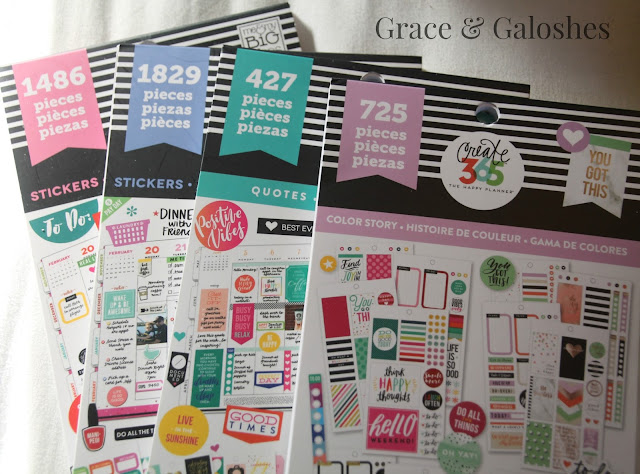 I don't have any interest spending $30 a week on stickers to decorate my planner, it's just not going to happen. I did purchase four of the Happy Planner Value Sticker Books because with coupons they are pretty affordable. I probably spent about $45 on all four sticker books and after using them for almost a month I've hardly made a dent in them. I was tempted to pick up the 'Faith' sicker book as well but it is really similar and contains a lot of duplicates when compared to the 'Quote' book. I did order some gas pump, birthday and Canada Day stickers from Etsy because they aren't included in any of the books but I don't have any plans to order more Etsy stickers anytime soon.

I use my planner for daily to do's, paying bills, appointments/meetings and for recording three thankful thoughts each day. I  decorate my planner but it's still incredibly functional. 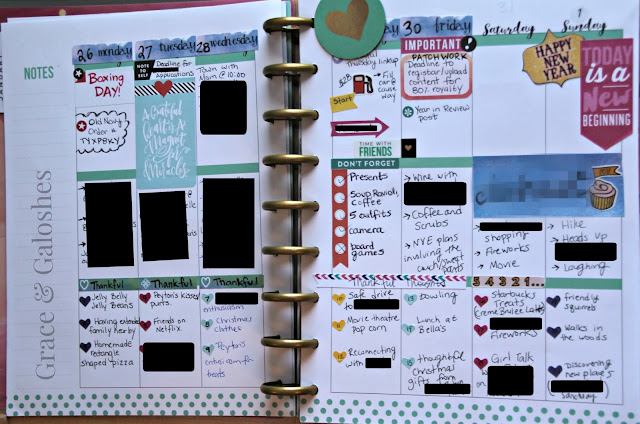 Week two was actually the first week of 2017 and I got a better feel for how I wanted to use the boxes but was still working out what I wanted to keep track of and how I was going to go about documenting things. 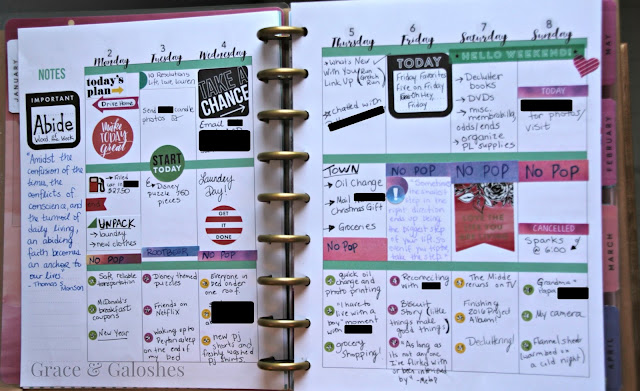 I didn't start to feel like I was getting into the groove of things until week three. 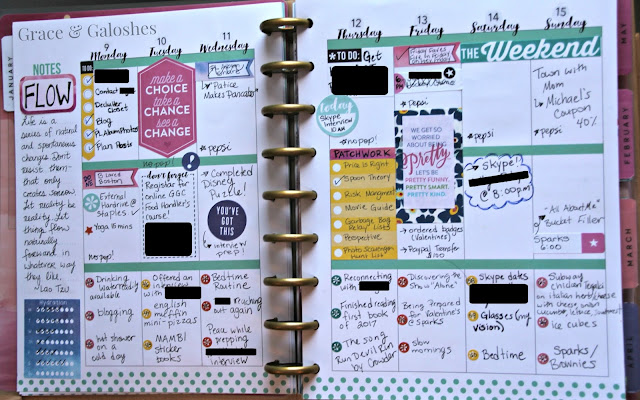 And week four was also noticeably improved. I'm not going to win any awards but I'm also not trying to. I need my planner to be a place where I can keep track of life things, Guide things and interviews. With any luck eventually I will also get to use to keep track of work things but that's a different topic. 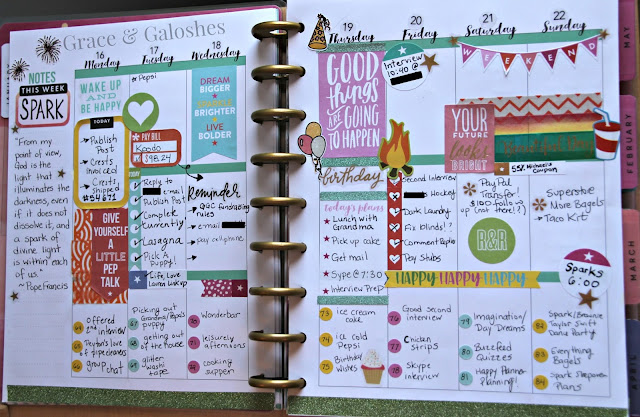 My life doesn't work in a way that I can sit down on Sunday evening and plan out the whole week. Last week for example I ended up with an interview, lunch with my grandma and some e-mails about Guiding paperwork. I do start my week on Sunday though. I choose my Word of the Week (more on that soon!) and record anything I know will happen. I stick in a few decorative stickers and checklists and go from there.

This is how my week looked last night: 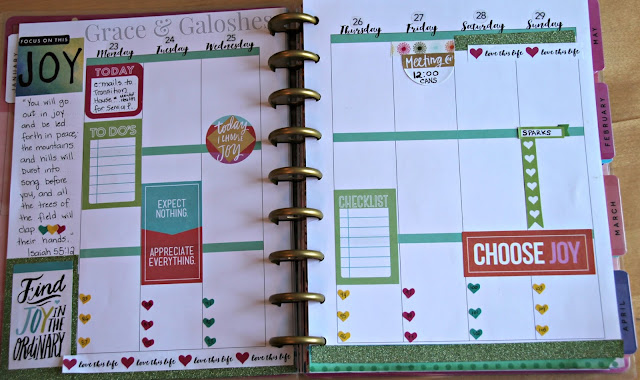 Are you experimenting with a new planning system this year? So far I think I made a good choice, but there's still lots of 2017 left!

**Incase you're wondering, I wasn't compensated in any way, shape or form for this post. MAMBI has never heard of me and probably doesn't really care what I think of their products.
Posted by Donna at 8:59 am