Adventures in the Big City

Last Wednesday I finished work at the office job, headed home for a quick nap and then hopped on a plane to Ontario to visit H.. When we first started planning this trip we were hoping for a week long adventure but in the end our schedules only allowed for a quick Thursday - Monday visit. We crammed all the tourist highlights, lots of good food, hours of life chats, multiple glasses of wine and sangria and it was the perfect little getaway to transition from office life into part-time vacation mode before camp.

I landed in Toronto at 9:30 a.m. Thursday morning and after a quick pitstop at H.'s to change out of airplane clothes we headed for Niagra Falls. We didn't stay long because the weather was cold, rainy and foggy. We hung out long enough to be impressed by both the falls and the amount of selfie sticks. So.many.selfiesticks. 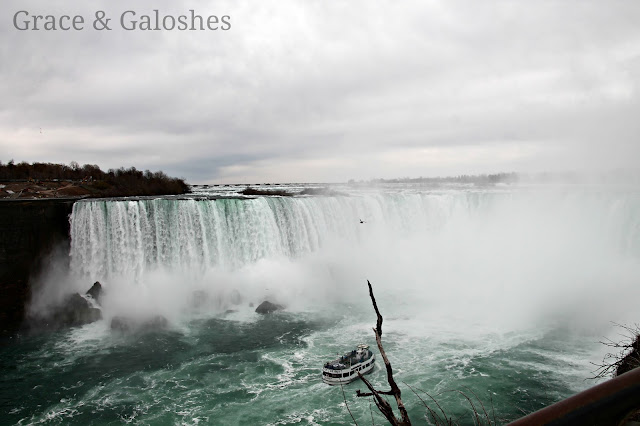 We called it a night early on Thursday because Friday we had big plans to hit up the Toronto Zoo and visit the twin panda cubs that were born a few months ago! It ended up being an awesome day at the zoo because it wasn't at all crowded and even though it was a little chilly it was perfect weather for walking and getting to enjoy everything opposed to thinking about how uncomfortably warm it was. In addition to the baby pandas we saw their parents and I think I could have spent all day just at the panda exhibit. I wish I looked that cute laying around all day eating. I could also spend all day watching meerkats, back in university I binge watched Meerkat Manor and ever since then I have been fascinated with those little critters. We also got to see the gorillas, which I've recently become more interested in after watching a lot of documentaries about the gorilla conservation efforts. 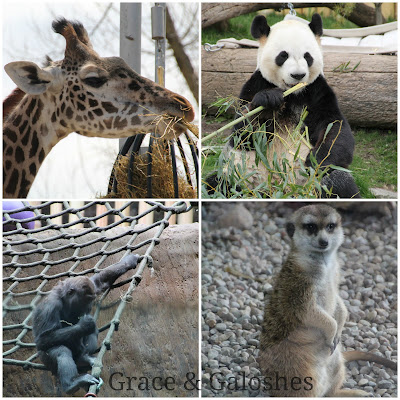 Saturday we were up bright and early to spend the whole day in Toronto. We purchased City Passes, which gave us admission to almost all of the main tourist attractions in the area, we saved a lot of money and at a few places we got to skip the lines because we had already purchased our tickets! We headed to the Royal Ontario Museum and prioritized what we wanted to see, we easily could have spent the whole day there but we were kind of on a tight schedule. We checked out the dinosaurs, the Canadian history section, Chinese Architecture, Ancient Egypt, quick tours of the mammal displays and a few smaller exhibits. It was the first time I had seen dinosaur displays in person so that was really cool and the history geek in me was overly excited about all of the Canadian History stuff. 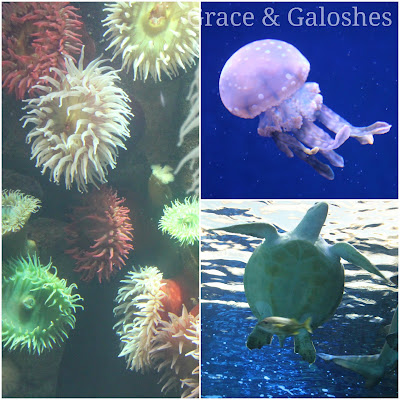 From the ROM we headed back through the city with a pitstop for Poutine and another in front of the Toronto sign so we could take a selfie for National Wear Your Camp T-Shirt Day. Did I mention we spent the entire day roaming the streets of Toronto and all of the attractions wearing matching shirts so we could have photo ops? Because we totally did. And that's why we're besties.

We went to the top of the CN Tower where I confirmed my theory that I did not want to ever live in a big city and then headed next door to the aquarium. The aquarium was a little bit of a hilarious experience for this east coast girl who grew up on the ocean. When we first walked in there was a big crowd around one particular tank so I got really excited thinking it was something really exotic....turns out it was a tank of halibut. I laughed a lot and then took a discrete photo of the hoard of people admiring fish that I have seen my entire life. It's the little things in life you never really think about being different from place to place. There were lots of other cool marine life, we were able to spot a turtle in the biggest display of fish, and turtles are always a highlight. They had several tanks full of jellyfish that were completely hypnotic. I kind of felt like sitting right there and spending hours watching them float around. 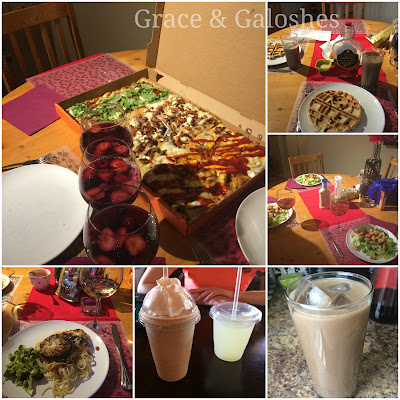 By the time we got back to the apartment each day were were more or less exhausted and didn't have any interest in changing clothes and heading back out to supper. Which was just fine but us and it meant we got to spend time cooking and eat supper with H.'s boyfriend while telling him all about our days adventures. He only judged us a little bit for our matching outfits. We did eat out a few times  including amazing sweet potato pizza that sounds weird but was delicious. 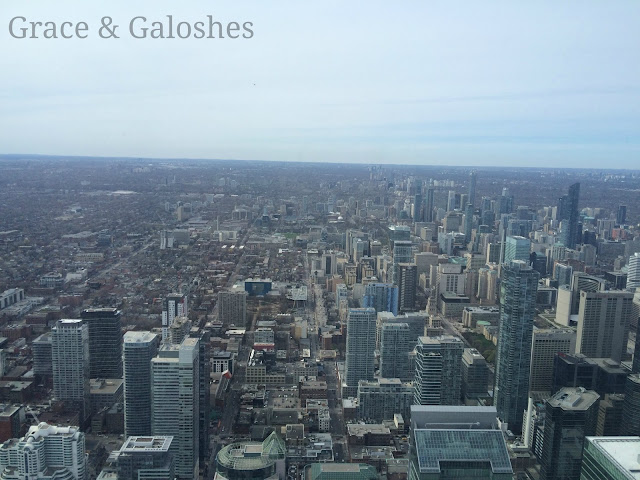 It was hard to say goodbye Monday evening, but hopefully it won't be too much longer until we see each other again.
Posted by Donna at 11:23 am