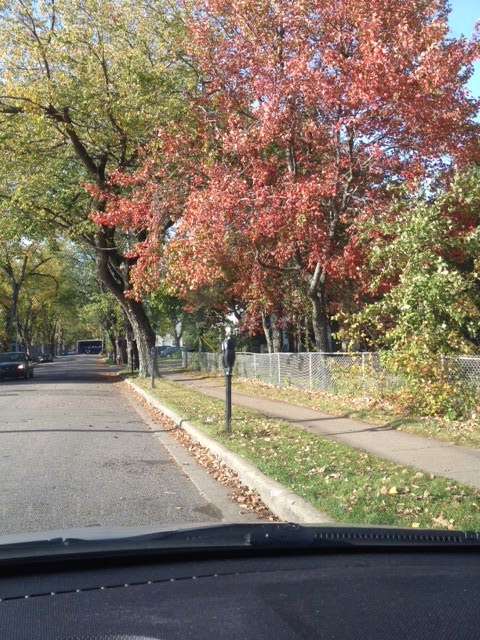 Yesterday I was privileged to experience once of those days where the universe was on my side.

I woke up and discovered I had gotten two packages in the mail! (More on those later) I achieved the perfect balance of coffee/sugar/cream and enjoyed every sip as I read through blogs. I knew I had to leave for work earlier than usual because I had to fill my car with gas so I got ready and headed into town. I never let my car get below a quarter of a tank but with the long weekend and some extra driving it was on E when I pulled up to the pumps. My main motivation for never letting it get so low is it eliminates the pain of forking over obscene amounts of money at the gas station. I was beyond thrilled when it cost me less than $50 to fill the tank. #accentforthewin

With a full tank of gas and an hour to spare before I had to be at work I did the logical thing and headed to Target. When Target first arrived in these parts a little less than a year ago I was not impressed. I had high expectations of awesome things you couldn't get at Wal-Mart, tons of clearance things and an overall haven of awesome. Instead it was really just 'expensive Wal-Mart' mostly the same stuff with higher prices. I'm being converted though. The last few times I've been there I've found some awesome things (that aren't at WM) and they were on clearance. Yesterday I picked up a desk organizer that I hope will be big enough to store my 12x12 scrapbook paper and bunch of socks that were ridiculously cheap. #targetforthewin

Before work I treated myself to a salted caramel mocha at Starbucks because 'tis the season. I didn't snap a photo but I promise it existed and it was delicious.

The parking situation at work can be competitive so I always arrive at least 45-30 minutes early to make sure I get a spot. Not ideal but I'm slowly learning to enjoy that time period when I'm just waiting. Last week I read a book during that time, often it's a good chance for a quick chat with a friend. Yesterday I was a little earlier than usual since I was already in town and I had to take a minute to appreciate how incredibly scenic the street looked. I tried to get a good photo with my phone but it almost doesn't do it justice. I'm not head over heels for fall but there are moments when I do appreciate how pretty the changing leaves are lining the roads. #autumnforthewin
Posted by Donna at 12:19 pm