It has been weeks months since I've logged into Google Analytics to obsess over my blog numbers. It wasn't a conscious decision but it's certainly been nice.

I love watching Four Weddings and pinning wedding favours on Pinterest as much as the next girl but I just cannot fathom the idea of spending large sums of money to get married. There is no way on God's green earth that I would ever spend thousands of dollars on a dress I'll wear for 8-10 hours.  (And I kind of judge the people who do.)

Along the same lines, the money that goes into professional sports also blows my mind.

I just want to go explore things and take lots of pictures, but I'm SO self conscious of using my DSLR. I have no idea why, 90% of the time I whip out my iPhone at any given moment to snap a photo of a cookie or a flower or my cup of coffee. But the idea of taking out my 'real' camera and using it to capture the perfect shadow or sun stream makes me feel so nervous and I'm scared people are going to think I'm crazy.

Sometimes when I need a mood boost I search "Funniest Game Show Moments" and am instantly cured of my crankiness. Family Feud ones seem to be the best.

At the end of the summer the director & I give the counsellors a staff gift. It's usually something homemade and relates to an inside joke from the summer. Last year we made each of the counsellors a calendar. Despite our best efforts the calendars didn't get made until the night before the staff banquet (aka the last night of camp) and we were both exhausted and kept getting interrupted by various tasks. Long story short this is what the calendar looks like for the month of May. #fail 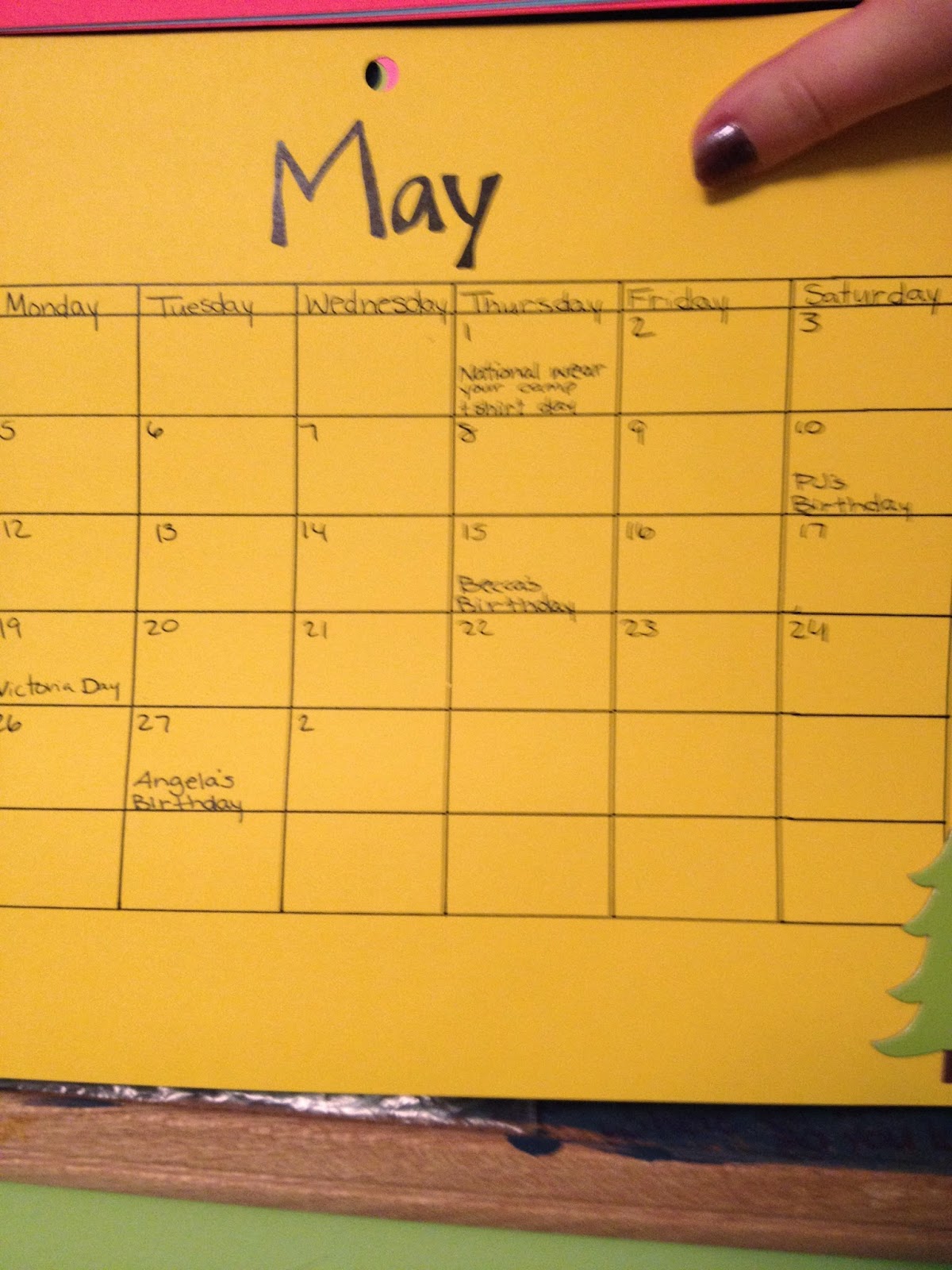 I keep trying to think of more confessions just so that I can avoid doing work/getting dressed/packing etc. But I'm all out so instead I'm going to finish the last of my coffee and hop on over to another blog to read your confessions!

Liking up with Kathy & Liz!