I'm linking up with Shane & Whitney to share my 2013 Year in Review!

I didn't start blogging until February of 2013, and I didn't really "get serious" about it until the fall.  I don't have any links to past posts in my look back on 2013, because for the most part they aren't things I blogged about! Hopefully this time next year my 2014 review will be full of photos and posts, but for for this year I chose a photo for each month and a sentence or two about life way back then. 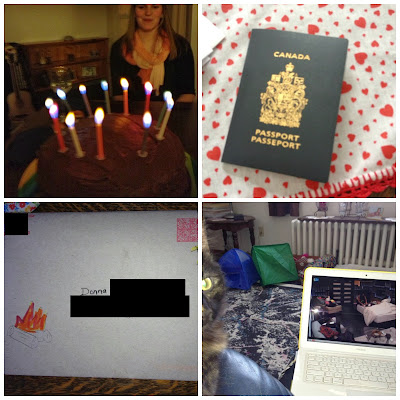 January// I celebrated my 23rd birthday by going to the city for a camp reunion with some of my favourite people. We drank lots of wine, laughed until our sides hurt and began the process of creeping the potential new staff on various social media accounts.

February// I finally got a passport! I still haven't actually used my passport to go anywhere but I think 2014 will be the year I venture out of the country.

March// I officially signed my contract to return to camp. There was never any real doubt it was just made official in March. I spent lots of time working on Staff Training, coming up with ways to recruit new counsellors and pinning up a storm of arts & crafts projects and games to try.

April// I spent a lot of April watching the Big Brother Canada live feeds. I'm almost too embarrassed to even admit to my addiction, but it was ridiculous. At one point my best friend suggested I need an intervention and I don't think they were joking. Emmett & Jillian have more or less replaced Boston Rob & Amber as my favourite Realty TV Love Story. 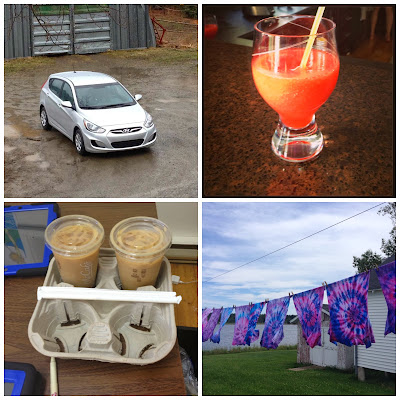 May// I bought my first car! I also went camping with a bunch of Girl Guides and spent a lot of time packing for camp, preparing materials for staff training and then heading to camp for the summer!

June// I celebrated the end of the first two weeks of camp (both training weeks) by going to a concert with H. & R. and discussing all the new recruits over some fancy drinks. June seems like a blur of teaching, learning and figuring out how all the personalities of the counsellors would work together.

July// Camp was in full swing which means that in the office I drank a lot of caffeine while dealing with the craziness of the job and outside the office I tie-dyed a lot of things and enjoyed being at camp! 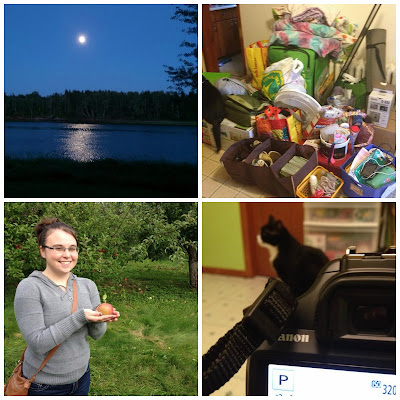 August// I spent a lot of time under the moon and stars with someone who will always have a special place in my heart. And that's all I'll say about that.

September// I moved home from camp and recovered from the post-camp hangover while trying to navigate all the paper work to make my job into something full time. Was ridiculously optimistic that things would happen pretty quickly and I would find myself moving to the City before the end of October.

October// I went on an autumn adventure to visit R. where we went for long strolls with seasonally flavoured lattes and spent the afternoon at an apple orchard. I also spent a week apartment & cat sitting in the City which involved hanging out with some of my favourite people.

November// I bought my first DSLR camera and really discovered how much I love blogging and being part of this community! Over the past few weeks I've participated in my first swap, sponsored my first blog and tomorrow I will be doing my first guest post!

Looking back I have mixed feelings about 2013. I was incredibly blessed to meet some amazing people who I hope will be in my life for a long time to come. There were also some things I didn't accomplish that I am disappointed about. December still has a few more days left but and 2014 is still a few days away but I have a feeling that things are starting to happen. I mentioned a little bit about Texas back here and I don't want to go into details yet but things are kind of starting to happen there (much faster than I ever would have anticipated!) so if you wouldn't mind praying for that opportunity. I have no idea if it's the right thing yet, or even if things will align to really make it happen. I just know that I feel like I'm being led there for some reason or another.