I'll preface this whole post by saying that I am a full on Disney convert and totally plan on doing a full out Disney vacation at some point in the future. I was skeptical about the whole thing because I don't enjoy rides or huge crowds. This trip to Florida wasn't intended to be a Disney trip but since we were staying in Orlando we decided to visit two of the parks. Next time I do Disney I'll go full Disney vacation, staying at one of the resorts and visit all of the parks.

This time we spent a day at EPCOT and Animal Kingdom and made multiple trips to Downtown Disney  Disney Springs. The highlight of the whole thing was that I got to meet Meeko! I love Pocahontas and Meeko is my favourite is my favourite character. Prior to Disney I did a ridiculous amount of research and the consensus was that aside from Pocahontas the other two characters from the movie (Meeko and Radcliffe) are extremely rare and aren't usually spotted around the parks. So I was shocked when after being in EPCOT for all of fifteen minutes J. turned to me and said "It's that Meeko? That looks like a giant raccoon." I was mid-way through replying "Probably not." when I looked over and sure enough there was Meeko hanging out at the Character Spot. I waited in line for thirty seconds and then got his autograph and took some photos and the five year old inside of me was the happiest. Unfortunately the photos didn't turn out the greatest (I blame the way the sun was shining) but they're good enough and it was a phenomenally great moment. 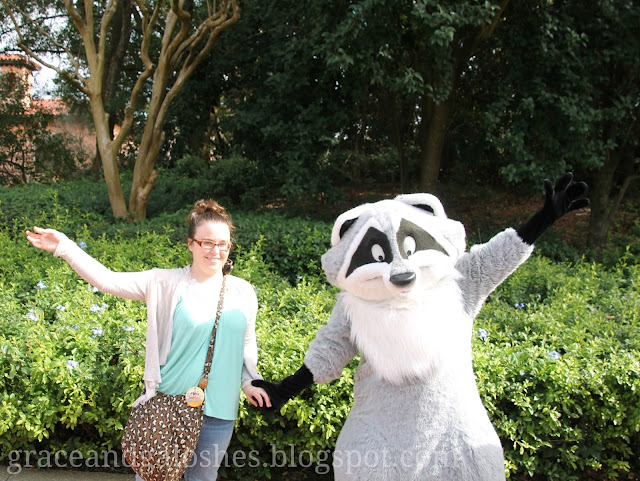 I really enjoyed EPCOT and thought the mini train tracks were the cutest. I especially enjoyed the little gecko who was hanging out on the roof of one of the houses. I was a little let down by Animal Kingdom but it was partly because a lot of it was closed for renovations, which is clearly a downside to visiting during the off season. The Lion King show was wonderful though and I'd like to go again and be able to experience the whole place. One of the most fun things we did was go on a mini date one afternoon at Disney Springs. We went bowling and I'd highly recommend it as a fun, low key and affordable Disney date. We also don't have a bowling alley around here so it was extra fun. 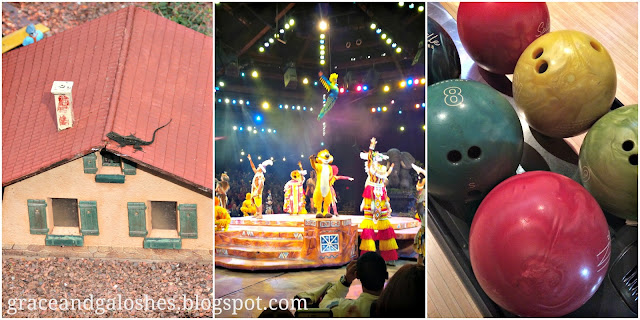 Aside from meeting Meeko the food was probably the highlight of the whole trip. I finally got to try Chick-Fil-A!! It was everything I dreamed of and may or may not have had it three times over the course of our ten day trip. I also tried Panera Bread and was pretty impressed with the wonton soup thing that I ordered. I also got my fill of  Vanilla Coke and tried Vanilla Pepsi during the trip. And it wouldn't be a trip without the obligatory Starbucks in the airport photo. 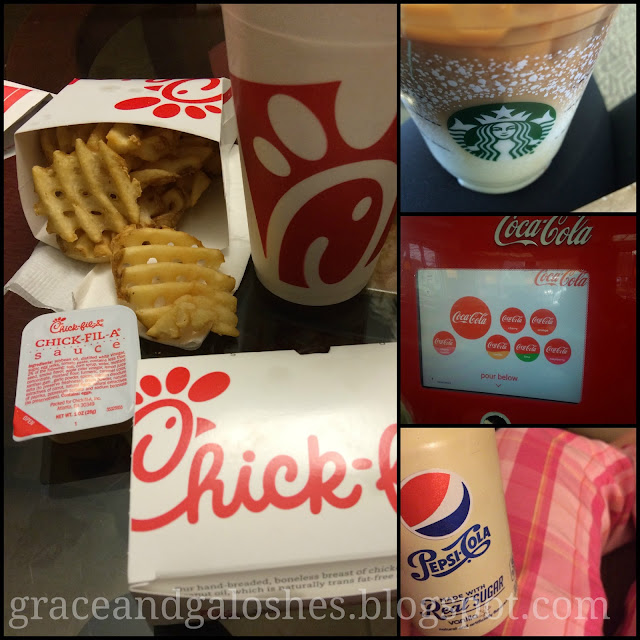 We didn't have great weather while we were there, but it was still nice to get away from the snow happening at home. We missed one full storm and half of another.  It was a little less relaxing because it didn't involve any poolside reading but it was fun to do a little extra sightseeing. 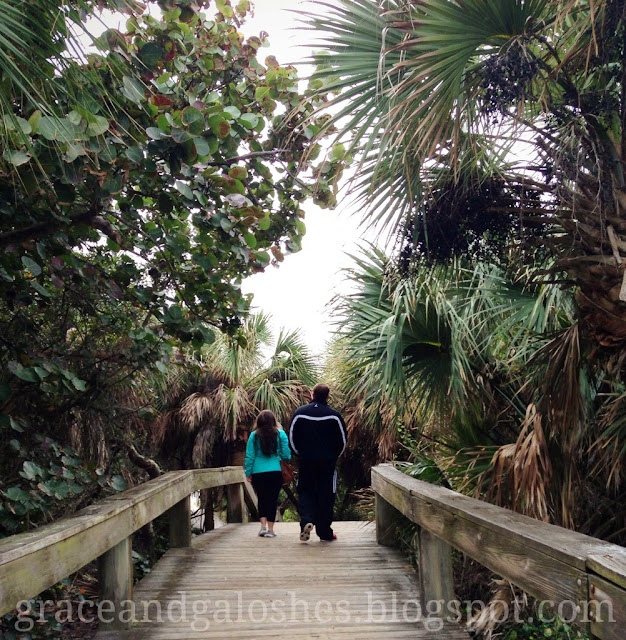 On our way back we hit some bad weather and ended up stranded in Ottawa for the night. At that point I was totally done with travelling and really just wanted to get home. We got a hotel room for the night, ordered pizza and watched Oak Island. The next day we headed to the airport and ended up delayed again. When all was said and done we got home a full 24 hours later than planned which made this week much more hectic than I was anticipating. 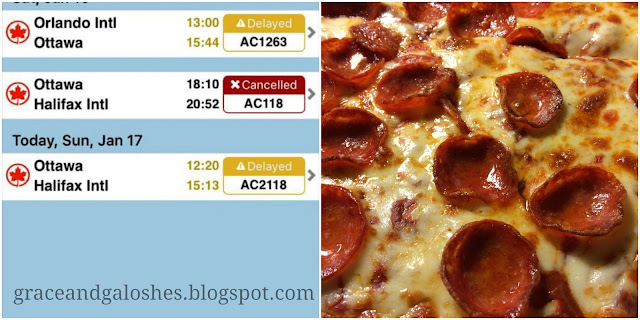 When all was said and done it was a good trip and I was really happy to get home.