I've been home from camp for three days now. Typically at this point in my post-camp recovery I'm still catching up on sleep, working on wading through the mountain of laundry and sorting through the bags of miscellaneous items I acquired over the summer. This year has been different though, which is fitting because this summer was different. 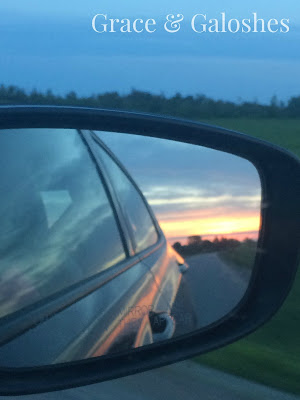 From the beginning we struggled to find staff and keep them - we lived the first couple of weeks without a head cook and we went through what felt like a never ending stream of counsellors. It was a lot to juggle. And most of the time I felt like I was not being a very good juggler. Ironically in the lead up to this summer I spent more time than ever before figuring out how to juggle work and life and work but so much of the summer was spent just trying to survive that a lot of that went out the window.

I think it all worked out for the best though. I made a lot of good choices this summer, early on I broke up with J. (it was a long time coming) and later on I went ahead and didn't make a decision I knew I would regret farther along down the road. In other exciting news both H. & R. moved back to this side of the country which makes my heart very happy. And a job I've had my eye on for awhile has been posted and if things go the way I'd like them to go I'll get to start 2017 with a shiny new job. That might be getting a little ahead of myself though and there's a lot of (flaming) hoops to jump through between now and that becoming a reality.

For now I'm going to get back into the blogging groove and first up is trying to figure out how the new Bloglovin' works so I can get caught up with all the blogs I didn't read this summer.