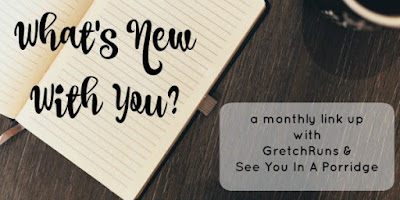 Personal Life// At the beginning of September I moved to a new apartment which was a majorly positive change. I'm struggling a little to get out of the work-place bubble. I really miss being involved in Guiding but the closest units are about 45 minutes away and that's just not practical in winter. A coworker/friend is determined to set me up with someone, the first guy hasn't worked out because he moved out west for work (much like most males in my dating age bracket). Now she has someone else in mind so stay tuned for those developments.

Hobbies// I've managed to catch up as far as mid-June in my Project Life album so that's coming along. It's been awhile since I've done any pretty planning in my planner but I did buy a new sketch book and have done a few pages of what many would consider 'art journalling'. Books have been gathering dust in favour of re-watching Grey's Anatomy on Netflix. I usually read about one book a month but could (and should!) be reading more.

Career// Some days I feel like it's starting to come together. Other days that statement couldn't be farther from the truth.

Spirituality// I still really like the idea of Bible Journalling but haven't done a darn thing to make that a reality. I'm still journalling and keeping a gratitude journal with an acceptable level of consistency. Recently I discovered a really great podcast that I've been trying to listen to and reflect on at least every second day.

Health// It's ironic that one of the reasons I'm spending some time blogging this afternoon is because I've somehow acquired a cold and lack motivation to move from my couch. I was in a good rhythm for a while with eating & sleeping & hydrating and then I made a hard left. Now my sleep schedule is inconsistent, I've been eating weird meals and drinking too much coffee and not enough water.

Goals// I've been doing some research on 'goals' versus 'intentions' and it's really changed my perspective on the whole topic. The difference between setting a goal to practice self care implies that there's a time limit on it and once it's achieved it's done. Having the intention to practice self care implies that it's not just something you do and is done but something you are constantly considering when you're thinking about goals. Moving to a new apartment was definitely a goal because now it's accomplished and it's not something I need to think about again for a while. All that to day I'm doing some reevaluating on what are my goals and what are my intentions.

I have some drafts kicking around that I'm going to attempt to edit and get published this week. First though I'm going to eat some soup and watch an episode of Grey's before summoning all the motivation to move off the couch.
SaveSaveSaveSave
Posted by Donna at 12:33 pm