I always find it challenging to start blogging again after a hiatus. I'm never sure if I should start with an update or skip through all that and start current. I did manage to keep up with What's Up Wednesday and What's New With You so there hasn't been total radio silence around these parts but it still feels like there's a gap to be filled. And the best way to fill a gap is will a list! 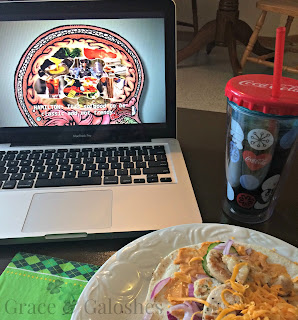 This was my view most nights last weekend. It my turn to be 'on call' with the emergency phone so I wasn't straying too far from home. Instead I watched a few episodes from the new season of Mind of a Chef on Netflix, indulged in pop and made simple but delicious pitas.

{two}
For February & March my schedule has been filling in at one of the houses on Sundays & Mondays, working in the office on Tuesday, Wednesday & Thursday and then my weekend being on Friday & Saturday. It's been rather exhausting trying to balance everything all at once but it looks like starting in April I will start a regular Monday-Friday full time in the office schedule and I am really looking forward to that happening. 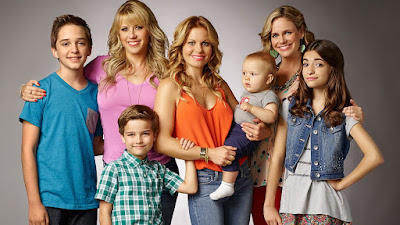 I loved Full House, Mary-Kate & Ashley were everything I aspired to be as an elementary schooler and I adored the fact D.J. & I shared the same first name. When Fuller House premiered I didn't watch because I didn't want to ruin the magic and I was pretty skeptical of the whole thing. Last Thursday I was searching for something to watch that was light hearted and I could leave on as background noise and ended up playing the first episode of the series. I found myself texting a friend about how terrible & cheesy it was but I kept watching....all week long. And last night I reached the end and realized I had become re-attached to D.J. and the Tanner/Fuller/Gibbler Family. Now I need a season three and another show I can actually use as background noise and won't find myself sitting on the couch passionately texting R. all the reasons D.J. and Steve need to be together. Suggestions?

{four}
I've spent my entire life working/living at camp in the summer which means my summer wardrobe consists entirely of neon Nike running shorts, tie-dye t-shirts and a handful of sundresses, jean shorts and tank tops I wore on my days off. My new job is pretty casual...but it's not that casual. So I've been busy doing inventory and figuring out what I need to add to my closet before the warm weather arrives. The exciting part about that is camp has a very strict closed toe shoe policy, flip flops & sandals were for days off only. It has been years since I got to wear sandals all summer and I am so excited to buy some new summer shoes!

{five}
The past six weeks have been hard in all the ways I thought they would be and challenging in a bunch of ways I wasn't expecting. I am finally starting to see glimmers of light at the end of the tunnel. There are still days when I feel like I was handed the keys to a sinking ship but if the last five years of camp taught me anything it's that sinking ships can be repaired and restored.