Every Tuesday Stephanie  hosts a "TWOsday" link up and every Tuesday I forget about it and wish I would remember to participate. And lucky for all of you today is the day I remembered. 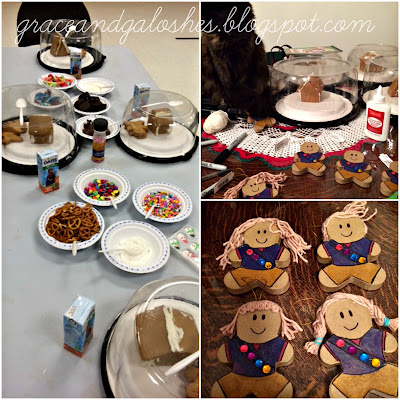 Last night was our last Spark meeting until the new year. I wanted to do something fun with them but also something that wasn't overly Christmassy. Girl Guides of Canada isn't a religious organization and even though all of the girls in my unit celebrate Christmas I still wanted to do something that was holiday neutral. So they each decorated a mini-gingerbread house and two gingerbread people and were the happiest five year olds in all the land as they piled on the icing and put gummy sharks in their front lawn. I snapped a 'Before' picture before the girls started and some in progress but I missed taking an official "After" shot. Just imagine the same set up but with much fewer sprinkles in the bowl and a lot more icing on the table. I also wanted to send them home with a little keepsake. I found gingerbread shaped tree ornaments at Michael's for 75 cents each and decorated them to look like each of the girls. I used sharpies to draw on their uniforms, used the hot glue gun to adhere some gems on their sashes to look like badges and then fashioned some hair our of yarn and called it a day. I'm super happy with the way they turned out! 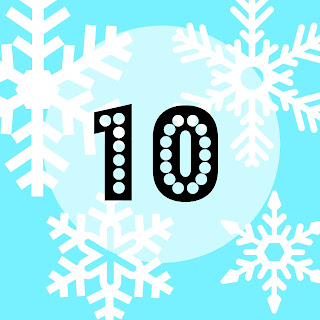 There are only 10 days until I am reunited with H. & R. (as long as the weather cooperates). And 11 days (as long as the weather cooperates) until we're reunited with N.. I was working though last Christmas so I didn't get to partake in the Christmas/New Years reunion, which meant I went a whole year without seeing anyone in real life. I still saw a lot of them on my computer screen, but it's just not the same. I am so excited to drink wine in the hot tub, bravely adventure to the mall for boxing day sales and eat excessive amounts of snack foods.

That's all I've got for today. We may or may not be getting the first winter storm of the season today/tonight/tomorrow so I'm going to spend the day getting gifts organized, making to do lists and getting things done!